Tonight it's time for our next progressive pleasures. This month it's a home game because after one year of absence mitschi himself will present you some of his current favorites.

You should already know him as he is one of the guys behind hirschmilch radio. Drop by on soundcloud or facebook if you don't know him yet ;)

Thank god it's progressive. & friday. A new h-milch session is on the way. To you lovely listeners. Today 20h CET. Prog-House channel. djbaq with fresh tunes in the mix. Tune Inn.

Our next progressive treat is on the way. Tonight we bring you a new mix by Mikadho. Tune in at 2000 CET to a fresh progressive pleasures @ our progressive channel. 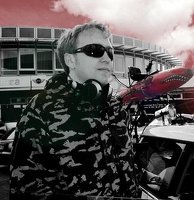 Mikadho started his career as a drummer in several Punk-Bands in 1991. At the same time he started listening to Techno and electronic music. In 1993 he explored his first trance party and was deeply touched by the warm feeling and the peaceful mood of the psychedelic people.

Since 1995 he wanted to participate in the scene and started his career as a DJ. In the beginning Mikadho preferred classical Psychedelic Trance, but then switched to more UK and Progressive Trance.

Later on he started to promote his own party called Suncircle and became resident dj at Waldfrieden and Atisha in germany. Beeing a label dj for Spintwist, Cosmicleaf and Y.S.E. , Mikadho became a well established part of the trance scene around the globe.

Nowadays he is working as event manager from behind the scenes, but is still playing as a dj around the world.

The next progressive pleasures is coming your way tonight. This time with Stop&Go. Tune in at 2000 CET @ our progressive channel.

Stop&Go is the new project of founding Elecdruids member Patrick Buß from Hannover. With Elecdruids he toured the better part of europe as live act before leaving Elecdruids in 2009. He is now playing dj sets ranging from deep and dirty techno to melodic progressive trance in northern germany. 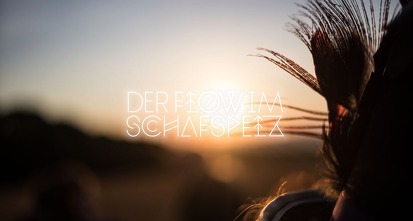 Additionally he is a member of Wanderzirkus e.V., which organized the awesome Flow im Schafspelz Festival last year. They're already working hard on this years edition. Be prepared for a nice and cozy festival in the heart of Germany this summer.

It's time for the first progressive pleasures of 2015. Today Soultickler will play a set at 2000 CEST @ our progressive channel. 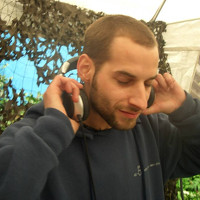 DJ Soultickler also sometimes referred to as Junes, born in 1976 in Hamburg, came into contact with his first electronic music in 2002. He was really fascinated instantly by the electronic sounds and began to DJ soon after. In 2005 he began playing at various small and cozy festivals, clubs and private parties in northern Germany. While his passion for the music grew steadily, he started to experiment more and more with his own tracks. In 2009 his first own productions reached the light of day.

You can find soultickler in the usaual places around the internet. Say hello at facebook or soundcloud for example.